Jake was recently named one of Avenue Magazine’s Top 40 Under 40, as well as having earned recognition from Ashoka, the British Council, and the Canadian Centre for Diversity and Inclusion. He has spoken at the United Nations as part of the Canadian Delegation, and participated in the UN Women Safe Cities Initiative Global Forum. He is also proud to serve as an advisor to the Canadian Association for the Advancement of Women in Sport as well as the Calgary Immigrant Women's Association.

Research shows that today's Diversity and Inclusion (D&I) "best practices" are hit and miss because they rely on the same old failed approaches used since the 1970s. Recognising this, Dr Leeno Karumanchery and the team at MESH/diversity, created the Diversity IntelligenceTM Platform; the world's only D&I instrument that actually uses the behavioural science of Diversity & Inclusion to measure, benchmark and drive inclusivity without disrupting an organisation's existing culture. By marrying the newest technology with scientifically validated and reliable metrics, MESH empowers their clients with the insights, tools and resources they need to design and drive D&I visions that work for their unique organisational contexts.

In this powerful session, Dr. Karumanchery will move away from simplistic approaches to "diversity as difference," to help participants understand how D&I, when done well, can help embed meaningful, self-sustaining culture change in Police Services. 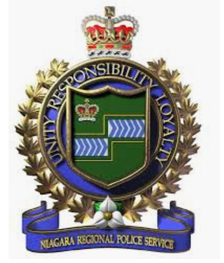